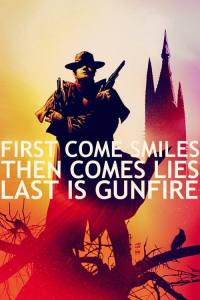 However, lies will come back and bite you in the ass, so to speak.  After so many lies, the house will be blown down by the big, bad wolf, and no amount of running will keep you away from the wolf, aka the truth, and you are forced to face it. 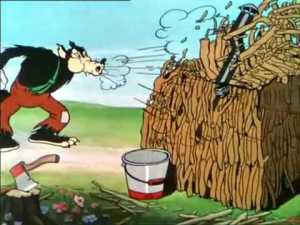 And our hero, Jake Epping, discovered exactly that in the latest episode of 11/22/63, simply titled The Truth.  Finally, the lies have begun to catch up to Jake, and have consequences.  Jake is forced into letting someone in on his secrets, or he may lose what is most precious to him. 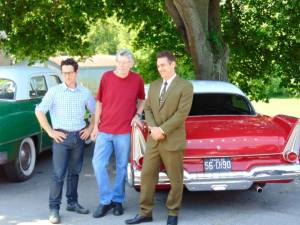 So, without any further ado, here is my recap and review of The Truth, the fifth episode of the mini series 11/22/63.  And, as always: 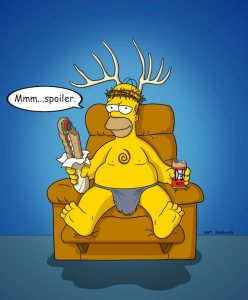 The episode begins where the previous episode left off:  Sadie pays a visit to Jake, and discovers his recordings of the Oswald family.  Sadie’s trust in Jake is shattered, and she breaks it off with Jake after they argue.  Sadie leaves and Jake is upset by the argument.

It gets even worse for Jake the next day at school, as Principal Simmons invokes the morality clause in Jake’s contract, after finding out about the recordings.  Jake is forced to resign from his teaching position, and Ms. Mimi appears to be the only one who still believes in him.

The day that Oswald attempts to assassinate General Walker is drawing near, and Jake and Bill discuss their plans for that day.  If Jake can prove that Oswald shot Walker, then it proves that he is also the one who shot Kennedy, according to Al’s theory.  Bill questions why Oswald would shoot Walker and Kennedy, when the two men are political polar opposites, but Jake does not have an answer.  Jake plans to follow George de Mohrenschildt, while Bill will shadow Oswald.  Jake wants to kill Oswald then and there if he can prove that Oswald tried to assassinate Walker.  Bill questions what the future will hold when the deed is done, and expresses some interest in returning to 2016 with Jake.  Jake is taken aback by this request, and does not know what to say to Bill.

Jake returns to his house in Jody and begins packing up his few belongings.  He receives a phone call from Sadie’s ex husband, Johnny Clayton, and discovers that Clayton is holding Sadie hostage.  Jake abandons the plans concerning Oswald, and tells Bill that he is on his own for shadowing Oswald.

After arriving at Sadie’s house, Jake is invited to the kitchen by Clayton.  Clayton attempts to force Jake to drink a glass of beach, as punishment for his involvement with Sadie.  Clayton also reveals that he has hurt Sadie quite badly, slashing her face.  Jake is horrified but refuses to drink the bleach.  Sadie knocks down a bowl of apples, and begins to mock her ex husband, while Jake reaches for a shard of glass.

Jake is interrupted, however, by the arrival of two of his students, who are dropping off a gift basket for Sadie.  He shoos them away and tries to hint that the police need to be called.

While Jake is dealing with Clayton, Bill continues to try to talk to Marina Oswald.  He shares a cigarette with her, and shows her a picture of his deceased sister.  They are interrupted by Oswald, who comes outside to find Marina.  Oswald gives Bill a book about Karl Marx, telling Bill to read it, and then they will talk.

Back at Sadie’s house, Johnny appears to have the advantage, after the students leave.  Jake appears to be on the verge of drinking the bleach, but throws the bleach on Johnny’s face at the last minute.  This allows Jake and Sadie to take refuge behind the couch.  Jake tricks Johnny by throwing his watch across the room, and then stabs Johnny in the face with a fire poker.  Johnny seems dazed, and Sadie takes advantage of this and shoots him with his gun.

Oswald leaves the apartment, telling Marina that he is going to the library.  Bill follows him, per Jake’s instructions.

At the hospital, Jake finds out that Sadie is in critical condition and is unable to leave to help Bill.  The cop questions Jake again, but seems satisfied when Jake tells him that he enjoyed killing Clayton.

Bill has arrived at the site where Oswald will attempt to assassinate Walker.  All is quiet for a little while, but Bill is distracted when he sees a woman who he believes to be his sister.  Bill runs after the woman, but realizes his mistake when he catches up with her.  Bill also realizes that he has lost any chance to prove that Oswald is actually linked to the assassination attempt on Walker.

At the hospital, Jake sees Walker being admitted for the injury he suffered at the hands of the assassin, and knows that Bill has failed in his attempt to stop Oswald.  A phone conversation with Bill confirms this, and Bill is extremely upset.  Jake abandons the call and speaks to the doctor in regards to Sadie.  The doctor tells Jake that Sadie will live, but the scar on her face will remain there for the rest of her life.

Jake visits Sadie in her hospital room and admits that he has not been honest with her.  Jake then tells Sadie that he is a time traveler from the future, and that he loves her.

Dear abomination otherwise known as Under the Dome,

If ya wanna know how it’s done, tune in and watch 11/22/63.  It has everything that you didn’t:  good writing, good imagery, stays faithful to its source material and oh yeah…acting talent!

A fan who is beginning to believe in book to screen adaptations again.

Ok, that may be a wee bit harsh.  Maybe I should leave poor Under the Dome alone for a bit, and allow it to finish licking its wounds…maybe!

Ok, let’s shift back to 11/22/63.  And after being slightly more than halfway through (which is a little depressing, but I will try not to think about it this series ending…sniff…), it is clear that 11/22/63 is doing right.  And this is no small feat, especially for something based on a novel by The Master.  Many King adaptations are mixed at best.  However, my feelings on 11/22/63 are pretty clear-cut:  nothing but love, love and more love! 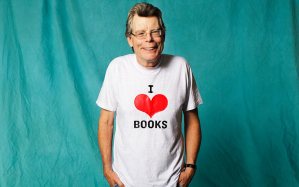 Oh, and I did not miss the Easter egg this time around…

Yes, the vehicle driven by the douchebag ex husband should be one that is quite familiar to any Stephen King junkie:

Oh, and speaking of the ex husband…what an acting job!

This was one character in the book who was not very well fleshed out (in my opinion, at least).  The mini series has taken some liberties with this characters, and these liberties have actually paid off on the screen.  By fleshing out his character a little more, the writers have been able to do a nice job building up to his attack on Sadie and Jake, along with his death.  And yes, I know that this character actually committed suicide in the book, but Sadie defending herself and shooting provided an emotional payoff, which works really well for the screen, since it invests the viewers even more in Sadie and Jake, and their relationship.

T.R. Knight, the actor who was cast as Johnny Clayton, turned out to be a smart casting choice for this character.  Most abusers do not carry around a sign saying “Hey, I am a piece of shit who beats on women” (that would have saved me a lot of heartache, actually).  Instead, they appear as a normal personal.  Maybe the abusers are even charming.  And that is exactly how Johnny Clayton appears:  he is normal.  He is charming (how can that Texas drawl not be charming?)  He was a top salesman at his job (wonder if anyone actually drank that bleach?)  But Johnny is clearly a psychopath.  Anyone who puts a close pin on his junk on his wedding night (of all nights) and then rapes his bride obviously has some issues.  T.R. Knight was able to portray this character and make him scary (I think he belongs in the universe of human King villains.  He would be in good company with Eldred Jonas, Charles Burnside, Norman Daniels and the rest of the crew, actually), but not a caricature, which is too easy to do.  So props on the writing and casting of an important “major minor character.”

And the standoff between Jake, Sadie and Johnny.  Those scenes were done beautifully, and tastefully too.  I had been wondering if the mini series would show the full extent of Sadie’s injuries.  This is not my favorite part of the story (King can indeed horrify even when the book is not a horror story).  It’s gruesome, and it’s also sad.  However, I should not have wondered, as the mini series is not holding back on anything, it seems, and this part of the story is no different.  Sadie’s injuries were shown, but the vibe I got was more sympathetic, as opposed to scary.  And that is a good thing, in terms of the development of Sadie’s character and Jake and Sadie’s relationship.

I also loved the imagery that was used in the standoff between Jake, Sadie and Johnny.  The bowl of red apples.  The reddish lamp.  And there was that reddish light…again.  I kept hearing, “You shouldn’t be here” in my head.  And the use of red served to remind us that this is a work based on a Stephen King book, and he is the master of modern horror, after all.

And I have to give out even more props:  Sarah Gadon.  Sadie is one of my favorite female King characters (and just one of my favorite characters in any book, period), and Sarah Gadon has done a perfect job of bringing her to life.  In the book, we mainly see Sadie through the eyes of Jake, since the story is told in the first person.  However, this a screen adaptation, and the interpretation is a bit different.  So far, Gadon is doing a wonderful job of making Sadie…well…Sadie.  That’s the best I can describe it.  I always thought that there was something very sweet about Sadie, yet also a little sad, or maybe even wistful.  Sadie is a woman who is still young, but maybe a bit older than her years would suggest.  And she is strong, as well.  I thought Sadie shooting her ex husband was actually empowering, and works well for the mini series.  Sarah Gadon  is able to bring the sadness, wistfulness, sweetness and the older than her years to this character, and I love her for it, I really do.  I nominate her for some award, but I am not just not sure which.  She does deserve recognition for it, and hopefully she gets it.

Well, that’s it for The Truth.  Join me next week as we review and dissect episode 6, titled Happy Birthday, Lee Harvey Oswald. Although I think that this is one celebration that probably does not involve birthday cake in any way…