This is one of many ledger entries written by a Constant Reader who has made her umpteenth visit to the world of The Stand, by Stephen King.

(Or a journal entry, if you prefer.  You know, back in the prehistoric days where we *gasp* used pencil and paper to write.)

In fact, you could argue that perhaps she has visited this particular world a few too many times, and is a little obsessed, as she has written a series of  entries detailing her adventures.

So, let us take a peek into this world.  Oh, and as always:

Or rather, people are coming together.

Our friends are banding together, because there is strength in numbers, after all.  Although I think that there may be other forces at work, actually.

Mother Abagail has brought everyone together, and is the lynch pin of this free zone place. 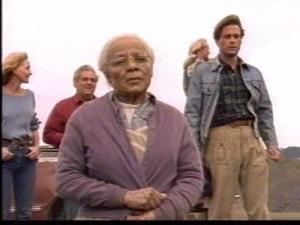 So Stu, Frannie, Glen and the rest of the company has made it to the Free Zone.

So has Larry and his group. 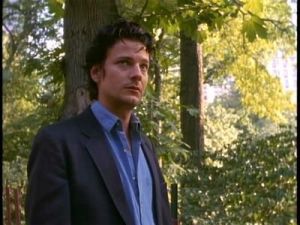 Speaking of Larry, we need to talk about him for a moment.

NADINE OH I LOVE TO BLOG ABOUT MY NADINE.

Yes, this Nadine is probably someone we need to watch out for.

As a wise person pointed out, Nadine waited until Larry loved Lucy-mom too much, and then it was too late.

Oh, and Nadine and Ouija boards?

Even years before Captain Trips destroyed civilization as this world knew it, the Ouija board knew what was up.  And it knew about Nadine’s destiny.

He thought that he could save Nadine.  He did try, but he failed.

And I know he beats himself over this, but some people, like Nadine, just can’t be saved.  Unfortunately, the universe (or maybe ka) has something else in mind for Nadine.  Somehow, I don’t think whatever this something else is will be a pleasant something.

To compound things, Nadine has taken up with none other than Harold Lauder.

Harold knows that he will never have Nadine, as she belongs to someone (something) else.

But for now, those two have formed an alliance.

I don’t know about you, but that makes me a bit nervous.

These are two angry people.

Harold was rebuffed by Frannie, who did not want him even if he was literally the last man on earth.

And Nadine was turned away by Larry.

We need to keep an eye on these guys, I have a bad feeling…

But, let’s get back to The Boulder Free Zone for a moment.

Everyone is getting set up over there.

People are coming in, almost every day.

In fact, it seems like Boulder is turning into a…

A small town, but Boulder is definitely becoming a town.

Somehow, Mother Abagail was able to lead the survivors to the one decently sized city that was not overflowing with dead bodies (although the dead bodies are still an issue, don’t get me wrong.)

People are finding houses, as there are actually plenty of empty houses (see the part about there being fewer rotting corpses in Boulder, for whatever unknown reason.)

And, as our favorite bald sociologist would remind us:

Never underestimate the power of stupid people in large groups!

We are starting to see it now, actually.

People are eating food that has gone bad.

There is no law enforcement.  Luckily, the worst so far has been some minor vandalism, but it is only a matter time before something much worse happens.

But Stu, Frannie, Nick and the rest of our heroes have a plan in place, of course.

Somebody needs to keep law and order in The Territories er The Boulder Free Zone!

And it looks like this committee is going to have to make some hard decisions.

In fact, the decision making and the heartbreak has already started.

After all, the walkin’ fella is set up in Las Vegas.  We know that.

And in order to secure a peaceful future for The Free Zone, the situation in Vegas, certain measures must be taken.

In other words, our leaders have made the decision to send spies to Flagg’s Vegas settlement.

We need intel on what’s going on over there, although I am sure plenty of unpleasant things (crucifixions, anyone?) are happening over there.

But we are asking good people to risk their lives.  Indeed, some of them may never return.  Some of them may face a horrible, painful death if they are discovered (we know that Flagg will not hesitate to execute a traitor.)

So, we are sending some good folks to what will probably be a painful end.

And that’s bad, it really is.

But not as bad as what I am about to tell you:

You read that right.

Tom Cullen will be a spy for The Boulder Free Zone.

That sweet man, who really wouldn’t hurt a fly.

That sweet man, who decorated his house with credit card signs.

That sweet man, who plays with toy cars.

The decision has been made to send him to Vegas, as a spy.

The worst part is, it makes a certain amount of sense.

Tom will convince himself (almost) that The Free Zone really kicked him out, so that he would not impregnate a woman and make her possibly have a “defective” baby.

To top it off, Tom was hypnotized.  They asked him if he wanted to see an elephant.

And I think we all saw that elephant. 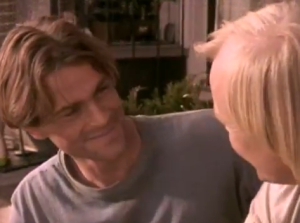 I am not often at a loss for words, Ledger, but seeing Tom hypnotized has put me pretty close to that.

They say that alcohol loosens the tongue and causes people to speak the truth.

Well, hypnotizing a man like Tom Cullen does the same thing.

We certainly got some “truth bombs.”

In fact, after that hypnosis section, I think Tom may be more integral to The Boulder Free Zone than Mother Abagail.

And I hope that God (if He is there), sends this poor man back to The Free Zone, because I have a feeling that we are in for heartbreak.

I hope that the ad hoc committee knows what it is doing.  Because things are going to start happening soon, I can feel it.

Well, that’s it for now, Ledger.

This journey has been fun, but I think shit is about to get real, as they say.

So I will talk to you soon!