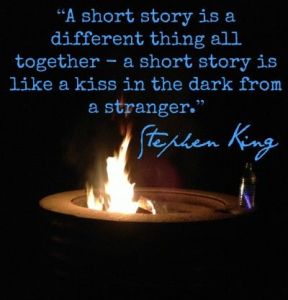 Naturally, humankind is curious about death.  After all, it is the final frontier.  And it is one that we may never fully conquer.  After all, we can return from outer space with our observations.  Death, not so much.

And death is something that is of much interest to Stephen King.  For one thing, he is a horror writer, and it’s pretty hard to write a horror story without at least one death (and perhaps someone becoming Undead, a ghost or something else unsettling, but I digress). 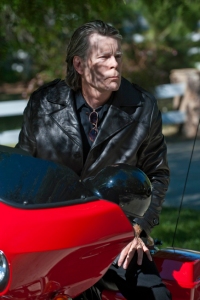 The Master is not young either (although he is still young at heart, I am sure.  Killing off beloved main characters strengthens the soul, I hear).  King has also had his near brushes with death, in his battle with addiction, and also his near deadly vehicle several years ago.  In other words, death is no stranger to my favorite writer.

And this has become evident in King’s works, especially the later ones.  Death has been explored in previous works, such as that nasty piece of work otherwise known as Pet Sematary.  However, as King ages, he seems to almost explore the topic with a vengeance in novels such as Dr. Sleep and Revival, both of which discuss death, but contain strikingly different views on the subject. 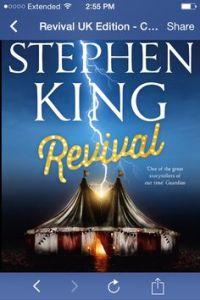 Now, we have the short story “Afterlife“, from the collection Bazaar of Bad Dreams.  And it is just one more interesting take on the final frontier of death. 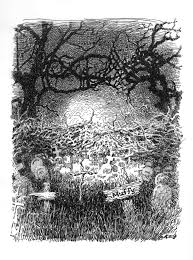 So here is my recap and review of this little gem, “Afterlife.”

Afterlife centers around a man named Bill Andrews.  Bill is a middle aged man dying of colon cancer.  As Bill crosses over from life to death, he sees a bright white light, and assumes that he is headed to the afterlife.

However, Bill does not end up in the traditional Heaven or Hell.  Bill ends up in a hallway, and his body appears to be in perfect health, with no signs of the cancer that killed him.  Bill also sees photographs of various, familiar people from the year of 1956, the year he was born.  These people range from old girlfriends to neighbors, and one of the people is Ronald Reagan.

Bill sees a door with the name of Isaac Harris on it, and walks through the door.  He meets a man wearing baggy, high-waisted pants held up by suspenders.  According to the calendar on the wall, the year is 1911.

Bill introduces himself to the man, who tells Bill that he has been there before.  Bill asks if he is really dead, and if he is being reincarnated.  Mr. Harris tells him that he is not, and that Bill has asked this question before.

Harris refreshes himself on Bill’s background, reminding Bill that he was investment banker in life with a wife and two children.  Harris says that he means to get organized, but no one has sent him any help.  He also tells Bill that he receives all of his communications via a tube that runs on compressed air.  Harris gives some information on his background to Bill: in life, he owned a shirtwaist factory that caught on fire.  Harris and his partner were responsible for the deaths of 146 women, as they trapped the women in the factory while it was on fire, in order to punish them for various transgressions.  Harris and his partner were tried for manslaughter and acquitted.  Harris tells Bill how sorry he is for the deaths, but Bill tells him he needs to take responsibility for his actions.

Bill then asks Harris what his options are.  Harris tells him that if he leaves through the left door, he gets live his life over again.  If Bill leaves through the right door, he winks out of existence.  Bill contemplates his options, wondering if he could change aspects of life, such as an accident that hurt his brother and a questionable night with a drunk girl in a fraternity house.  He also wonders if he can beat his cancer, by requesting a colonoscopy earlier and perhaps prolonging his life.

Harris tells Bill that there are no second chances.  If he chooses the door on the left, he will be reborn with no memories, and his life will play out in the same manner as it has many, many times before, even though he may be struck with a sense of deja vu, as he has actually experienced these events before.  Harris recommends that Bill take the door on the right and save himself the trouble.  Bill wonders what the point of living life is, when there is no possibility of improvement, but receives no answer.  Harris tells Bill that all human souls are born knowing the secrets of the universe, but that upon birth, an angel touches the baby’s philtrum, taking away that knowledge.

Bill chooses the door on the left, vowing that he will hold on to at least one piece of knowledge so that his life will be different this time.  He is then re-born as a baby to a mother who thinks that he is not just a new life, but a universe of possibilities.

Again, you got to me, Uncle Stevie.  So, again, good job!

I have mentioned that I have rainbow days sometimes, where I laugh and cry on the same day.

Well, “Afterlife” is a rainbow short story.  On one hand, I rejoiced.  We are not winked out of existence if we don’t want to be!

But, like Bill, I wondered what the point was, if it was just going to turn out the same as it did the time before that (and before that, and before that…well you get the picture).  So then I wanted to cry.  But it’s ok, I like rainbows!

And again, Uncle Stevie’s sense of humor came through on this story.  I was amused by it.  I was amused by the fact that Isaac Harris kept getting Bill’s name wrong, kind of like the people you may see at your company Christmas party that you have to make nice with, even though you don’t really interact with them very much, and they see so many people that they can’t keep the name straight either.  I was amused by the fact that purgatory seems to be in a nondescript office building, where I am sure the temperature is either as hot as the pits of Mordor, or sub Arctic.  After all, we are talking about purgatory here. 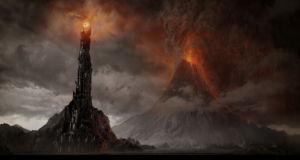 Oh, I would be remiss to say I was not amused by the picture of Ronald Reagan on the wall.  Although I thought we were talking about purgatory, not Hell, Sai King! 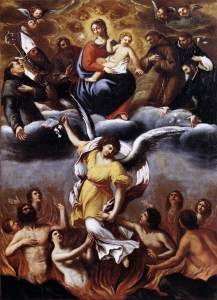 I did find certain concepts of this story fascinating.  To me, this story said that we choose our own fates, because we choose to be re-born, even though we have no memory of our previous cycle.  Humans are futile, yet hopeful creatures in that regard.

I also find it fascinating that we make the same mistakes over and over again, but yet we are powerless to stop, as we choose to be reborn.  So I keep marrying my ex husband over and over again…what a horrific thought, I am sure it would be make a good Stephen King book or something!  But then again, reliving the good moments is not a bad thing.  Not a bad thing at all.  To think, I have met my current husband countless times and kissed him for the first time countless times…what a sweet thought!

Of course, my mind went here after I read this story: 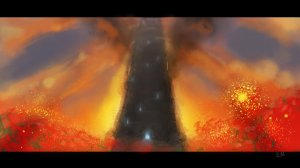 Which makes sense, if you think about it.

Like this guy, we are all doomed to repeat our quest, over and over again.  We will never see any redemption.  If we don’t forget the Horn on this trip, we will forget something else.  No matter how small the detail that we forgot this time, nothing will ever make difference.  But like Roland, we never give up hope, and we vow to ourselves that this time it will be different, and we will do the impossible: achieve redemption. 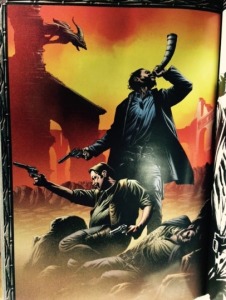